Which are the most frequent failures occurring in a power transformer? What is their impact on the asset? 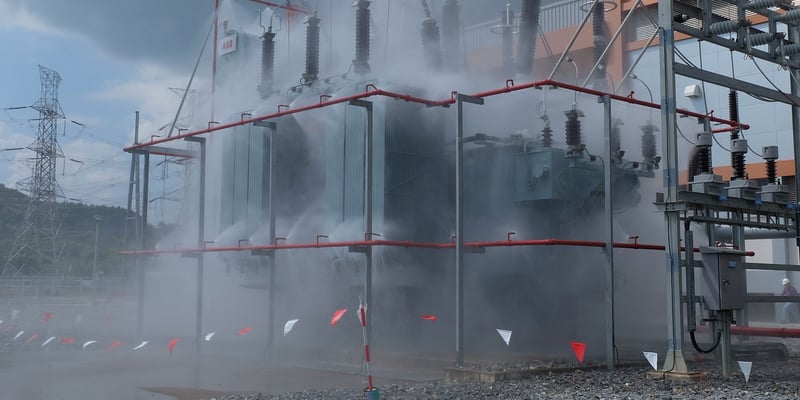 A fault in a transmission or distribution transformer can cause power supply interruption in a large area, something that we always look for to be avoided.  A power transformer failure can surely cause some serious damages, on assets and not to mention human health and lives.

A fault can also be very dangerous as the transformers contain a large quantity of oil in direct contact with high voltage components. This increases the risk of fire and explosions.

Let us find out which are the most frequent failures occurring in a power transformer, their causes and the impact they have on the asset.

The Tap Changer failure is one of the most common failures that occurs in a transformer, according to the classification of the detection failures. Tap changer failure can be caused by: Lack of maintenance (dirty contacts in Tap Changer), Old capacitors or burned-out capacitor in the motor that causes the tap changer to fail to control its direction movement and breakdown of the motor in the tap changer because of over voltage or miss-use. For that reason, Tap Changers (next to bushings) have to have priority when testing the Transformer.

Tests suggested to address this potential issue: Dynamic Resistance of OLTC on all positions of OLTC

- Transformer vibrations, which lead to overheating – due to the fact that we are losing the “perfect contact”. This heat damages the insulating paper and the oil inside.
- Partial discharge (breakdown of solid/liquid electrical insulators): caused by   sudden high fault voltages but also seen as a consequence of bushing insulation failure.
- Dielectric losses due to seal breaks of bushings, caused by ingress of water 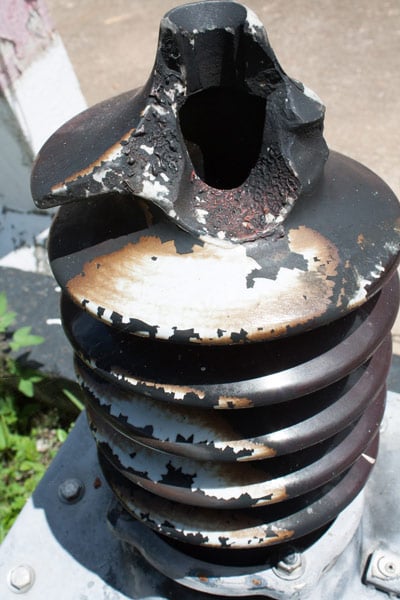 Windings are of course essential part of the Transformer since the number of windings determine the ratio of the transformer. There are different issues that can arise regarding windings:

- Mechanical stresses: can deform the windings, causing for example the alteration of the turn ratio and short-circuit impedance values that, consequently, can decrease the performance of the transformer

- Thermal stresses: can occur since windings turns are made of copper, and this causes over time, the decrease of the efficiency and ultimately a breakdown of the transformer. 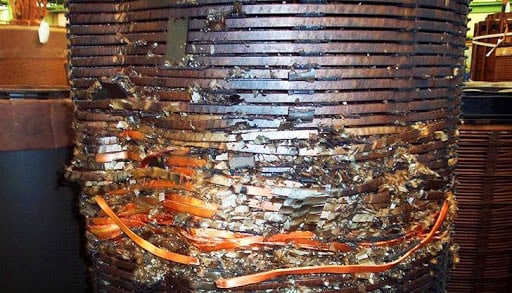 Tests suggested to address this potential issue: Regular check of Cooling system by checking if all fans and pumps function properly

The function of the core is to conduct and concentrate the magnetic flux. Fault in the core can directly affect the transformer efficiency. The breakdown of the smallest part of the lamination results in increase of heat (due to increase of eddy currents), that can cause all kind of damages on the Transformer

Tests suggested to address this potential issue: No Load test on all positions of OLTC

The function of the tank in the transformer is to be a container for the oil used in it. The oil in the tank is used for insulation and cooling. The fault in the tank occurs due to environmental stress, corrosion, high humidity and sun radiation resulting in a leakage or cracks in the tank walls.

Tests suggested to address this potential issue: Periodical visual checkup of the tank, Dielectric test of the oil.

Read also: How to assess the condition of power transformer with ISA - ALTANOVA Group diagnostic equipment

Why is Tan Delta testing so important to assess the insulation of a Transformer?...